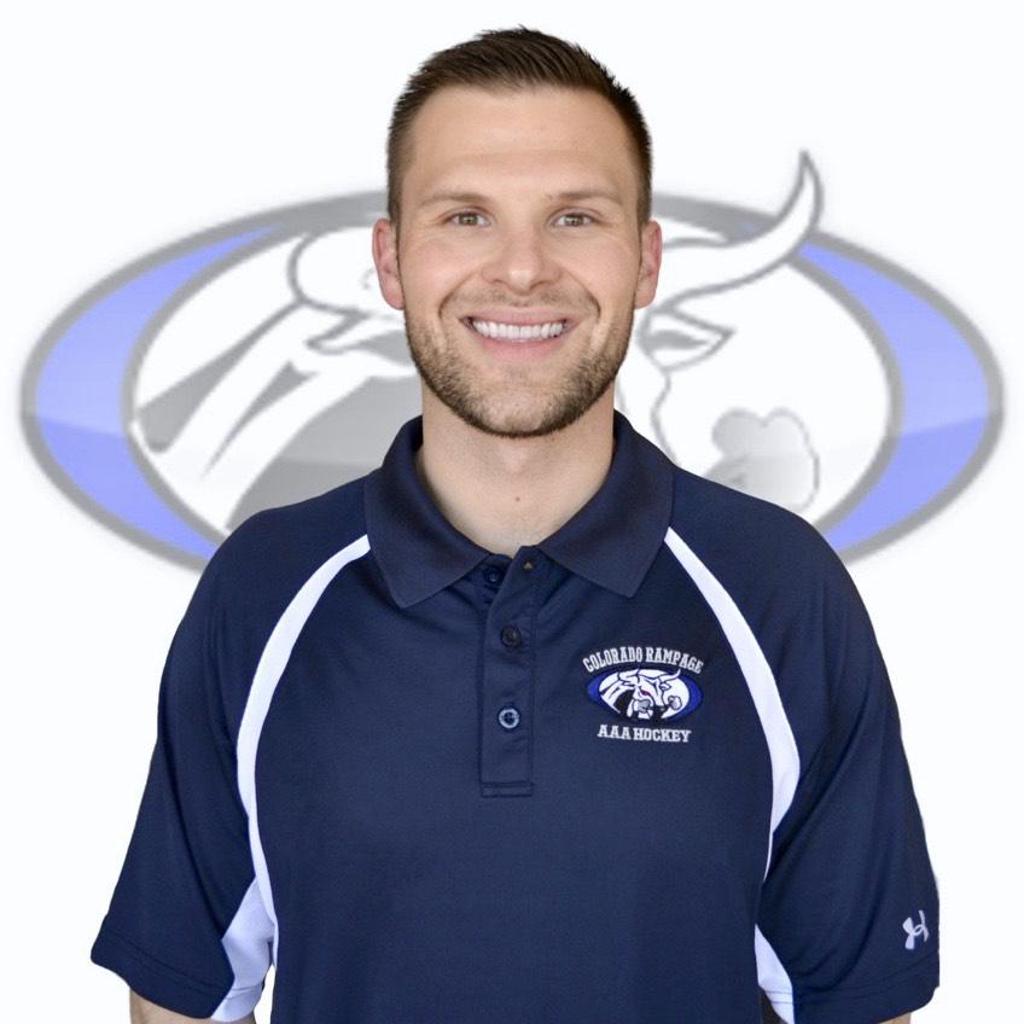 Born and raised in Colorado Springs, Coach Patterson played his youth hockey in the Springs and played three years for the Rampage under Coach Sherman at the U18 level. Kevin moved on to play for the Topeka Roadrunners in the North American Hockey League from 2011-2013, and served as an assistant captain in 2012-2013. After two years in Topeka, went on to play Division I NCAA at Niagara University from 2013-2017. During his four-year collegiate career, Kevin played in 124 games and was as an assistant captain from 2015-2017. From 2017-2019, he played professionally split between the Wichita Thunder in the ECHL and the Peoria Rivermen in the SPHL.