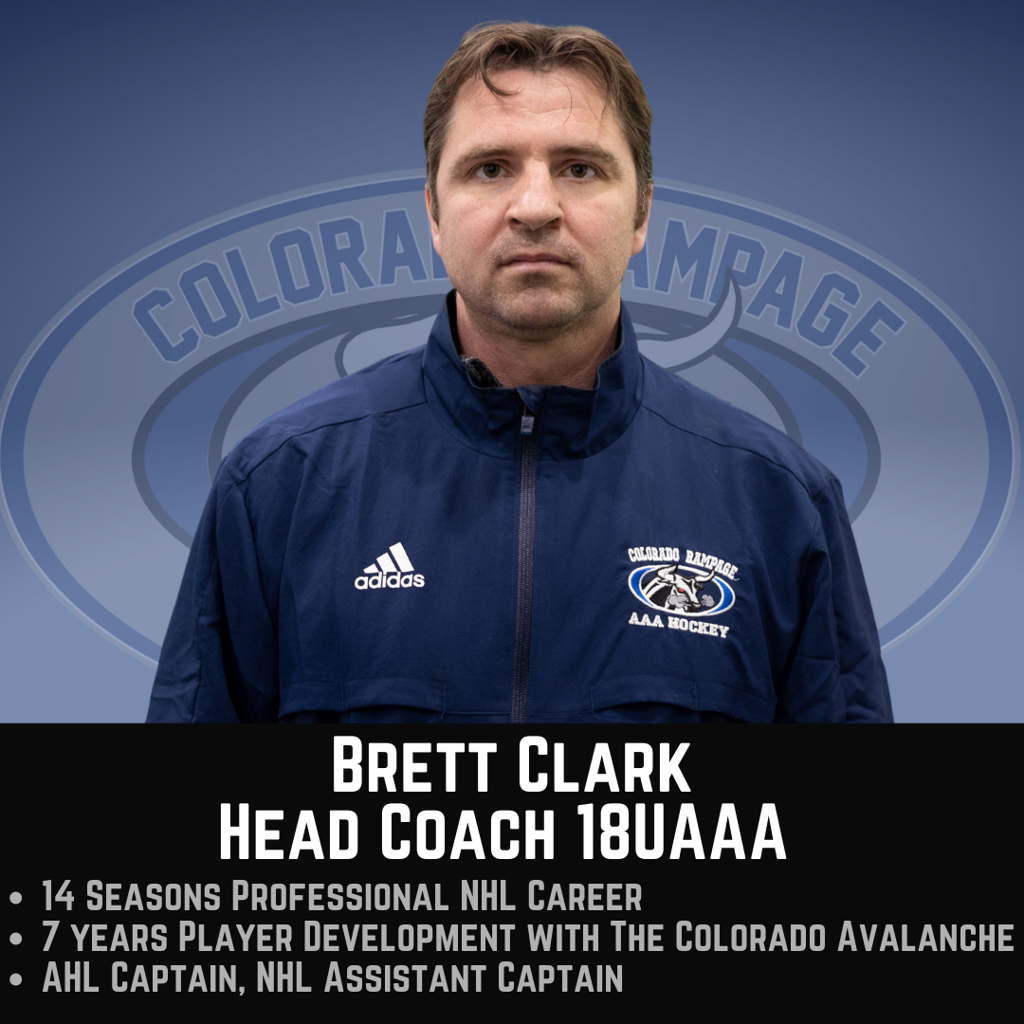 The Colorado Rampage is pleased to announce Brett Clark as our 18UAAA Tier 1 Head Coach. Brett brings to us a vast amount of experience both in his playing and coaching careers. We are so privileged to have him as a member of our coaching staff. Please read below to learn more about him.

Raised in  Saskatchewan Canada, Brett Clark was drafted in the 6th round, 154th overall, by the Montreal Canadians in the 1996 NHL Entry Draft. He was selected from the University of Maine of the Hockey East where he was named to the All-Rookie Team in his freshman year. Clark spent the following season developing with the Canadian National Team program, before he made his professional debut in the 1997-98 season.

After spending 18 years playing professional hockey, Clark made the transition to the Director of Player Development for the Colorado Avalanche. He would later become the Eagles Assistant Coach from 2018-2021.