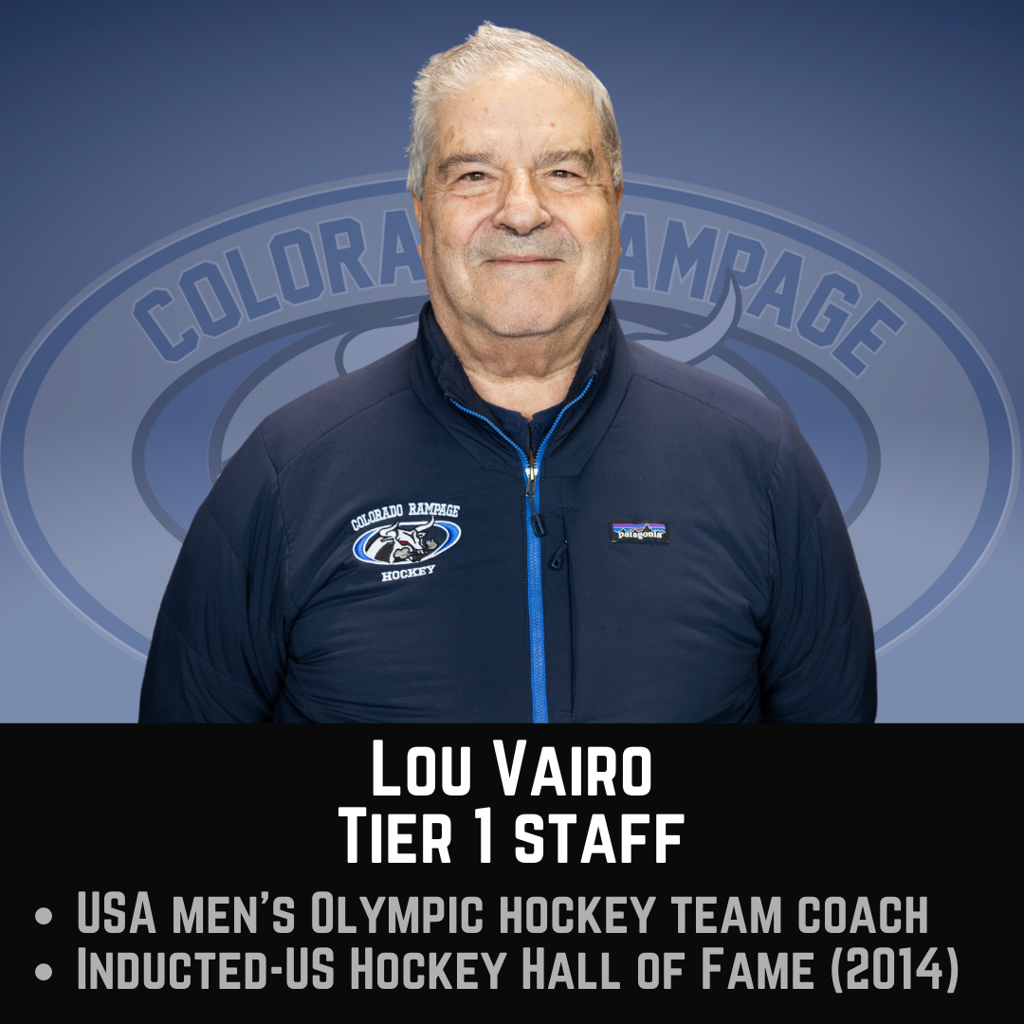 Lou Vairo, who has coached players at every level in the game, has been instrumental in the development of hockey in the United States for parts of the past six decades. After spending time in the 60’s grass rooting programs in New York City he transitioned into coaching.

He was honored twice in 1994 for his lifetime commitment to hockey, receiving both the John “Snooks” Kelley Founders Award from the American Hockey Coaches Association, and the Walter Yaciuk Award from USA Hockey’s Coaching Education Program. Vairo received the NHL's Lester Patrick Trophy in 2000 and in 2010 was named the recipient of the International Ice Hockey Federation’s Paul Loicq Award. In May of 2014, he was inducted into the New York State Hockey Hall of Fame.

Lou now serves on our Tier 1 Coaching staff, bringing his vast knowledge with him.